I decided to draw my long-running main, Mega. He's a dwarf shaman. Started as a troll shaman back in the early days of vanilla WoW but, as things have it, it's more fun to play with friends when you're playing an MMORPG. So, I decided to pay a paladin (Klaufi) on Cenarion Circle with my friends. When Burning Crusade came out, and the Draenei came out, and I could play a shaman, I did that! Mega was that shaman. And then the addition of dwarf shaman came out, and I did a race change. Because in my head, the Wildhammer Clan was one of the more interesting groups of people on Azeroth, so. That's what my retcon ended up being. Long and varied story. But here we are.

Instead of just the image itself I thought I'd show some of the process this time, 'cause maybe you'd be interested in that?

First and foremost, I start sketching 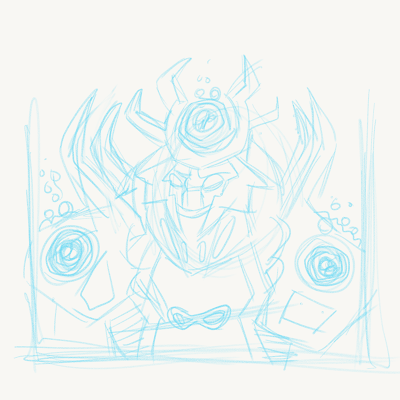 From that rough sketch, I shift it to another color, reduce its opacity, and try to make a clean sketch. 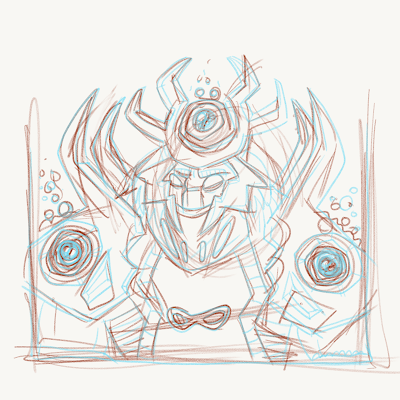 I then hide the rough sketch, and then use that clean sketch to create my blacklines/ink. 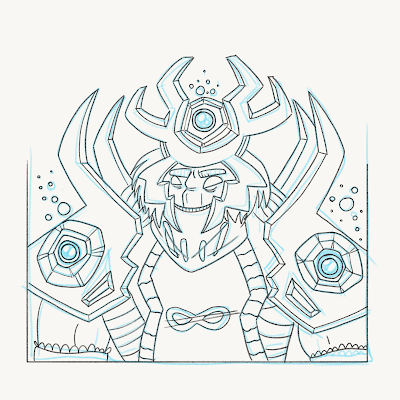 Then I hide the clean sketch, duplicate the layer (to make it more solid), and I have my final lines. 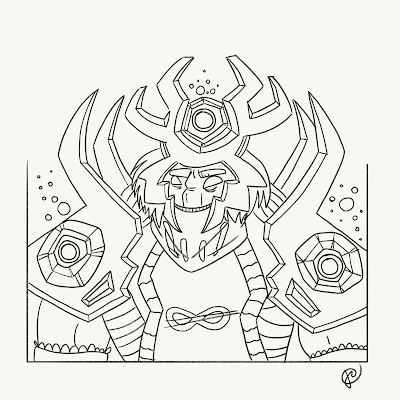 Normally after this point, I'd color it in and add shading and such, but since this is supposed to be a quick doodle, I wanted to spend less than a half hour on it. So that'll be the post for today. I hope you find this interesting!